The notion of well-being comes from many dimensions. Some folks rely on what they can see. Others are capable of vision into things that could be. What we want to do here is brainstorm and catalog some ideas that could transform our local community into a more solid network of projects with goals and resources both potential and existing. We want to move Paducah and McCracken County forward in terms of collective well-being characterized by positive steps toward community health, to which we attach the term "Social capital".

A table representing our current "catalog" of existing projects, plans, goals and resources that we have identified as elements capable of producing results toward our overall goal of increasing the net value and sustainability of our local community will appear here someday.

Paducah2020 is, more than anything, a "meme" of sorts that focuses, not on a particular "plan" but on a set of factors, trends and possibilities that may or may not exist in the near future.

The year 2020 isn't that far off. In terms of vision, 20/20 refers to sightedness as in "Hindsight is 20/20". It is important to build a sense of community upon our sense of place and our sense of history.

The factors may include economic conditions such as an increase or decrease in the population, plant closings or other factors that impact the region. Some trends may be tracked locally, such as sharp or subtle changes in fuel prices or in local or global attitudes brought about by the reaction to terrorism or political change. Of the possibilities, the most important is probably that of a major earthquake along the New Madrid Seismic Zone. As an inland city, the threat of terrorist attack is a remote possibility, but in the minds of many credible scientists, a deadly quake is a certainty in the near future. Will Paducah survive? How can a small city prepare for such a thing?

The city of Paducah was built at the confluence of the Tennessee and Ohio rivers because of economically desirable geographic features which made it an ideal inland river port. What we now call Island Creek was at first navigated extensively to prime Paducah's economic pump, allowing a way to move goods to and from stations upstream toward the Tennessee Valley Ridge.

The Purchase Area Watershed Mapping Project will be an effort to build a comprehensive map to augment the existing geophysical survey. This map will become a multi-dimensional model that can aid in understanding both the existing built environment and the natural environment we inhabit. Hopefully, the map will provide insight into better ways to cooperate with nature shifting Human capital toward more sustainable and ecologically sound usage of our physical substrate.

Many questions about the future roll around in our collective mind. As a community, we seem to have left our future in the hands of a proverbial "they" who will figure out the future. Many have resigned from a sense of both the past and the future . Paducah2020 is designed, first, to map out where we are and where we've been. Then perhaps we can gain some insight into where we're going.

Kentucky Historian Laureate, the late Thomas D. Clark said, "Without a sense of History, you can't possibly have a sense of community." Our goal is to look at a timeless version of our locale as a dynamic place for life to happen.

Before European and African Americans settled this valley, Native Americans used the confluence areas quite differently. The new Confluence History and Archaeology Task force (CHAT) will probe deeply into regional history. The effort will be to locate and research primary sources within the public records, newspapers and other archives to supplement and verify existing library resources and perhaps even fill in some gaps providing freely available digests.

CHAT Field work, aided by PAWMP will be conducted to locate and document actual sites of historical activities, focusing on water courses like Island and Perkins creek and the Tennessee Valley Divide.

Paducah as an Artist collective is capable of producing an illustrated History of Paducah rendering an imaginative look at how the region developed from its pristine and native states into what it is today. These renderings superimposed upon the above-mentioned model may even morph into several threads of alternate realities that could be; both good and bad.

Paducah's Musical heritage is an important dimension, as well. Blues, Jazz, Country, and Rock all have representation in the region's past and its present. There is no reason why this aspect can't be capitalized upon in the near future.

The new Four Rivers Center for the Performing Arts, is a potential building block for an expansive project along the lines of the Lowertown Arts District. This initiative would do for uppertown what the Artist Relocation Program did for lowertown.

The Uppertown Heritage Foundation is an excellent example of a community-building project that is well on its way to providing a base for new music in Paducah. The Purple Room is a small building in back of the Metropolitan Hotel where Blues legends once "jammed" and rehearsed during their stay at the hotel. (See also Hotel Metropolitan) This restoration project may be used as a catalyst for the Paducah2020 public awareness campaign. The idea is to provide a place for Paducah Blues musicians to record and showcase authentic Southern Blues and other music genres.

While mainstream banking, municipal governments, and conventional investment practices seem to be obsessed with attracting big business and heavy industry, a substantial segment of the populace is thinking of economics at the family, neighborhood, and community scale. Small business requires less capital while providing more jobs than large business.

Business venture plans can be built using microfinance, social capital and other alternatives to traditional credit and investment paradigms. Microbusiness| run on a shoe-string budget can be many times more efficient than large corporations.

Cottage industry, community-supported agriculture, human-powered transport and utility cooperatives are examples of human-scaled business and industry that do not depend entirely on large banking institutions but rather upon social and Human capital. Paducah is large enough to accommodate progressive economics at scale, yet small enough to foster a close-knit community of "movers and shakers" with both small and large ideas. The raw talent, intellect and enthusiasm available here have no bounds if investors realize the potential energy stored within the hearts and minds of this locale!

The Paducah2020 project is not formally associated with http://www.paducah2020.com/ (but that's their opportunity). This page has been here for a longer time. We had paducah2020.org for a while but let it go for lack of interest and funding. We have a small budget but welcome business leaders, entrepreneurs, community organizers and anyone else who wishes to provide for the city's future in a super-creative way. If you wish to get involved, talk to me!

DucahDollars are units of local currency that volunteers can earn doing field work for CHAT, PAWMP and other Paducah2020 projects. Restaurants, lawn service providers, daycare centers, retailers and other Paducah businesses can show support for projects by accepting DucahDollars. They will in turn be given a bit of extra attention in publications and other by-products of the Paducah2020 project. This system is based on the Ithaca Hours project in Ithaca, New York.

The Wikimedia Foundation is the non-profit organization that manages Wikipedia - the free online encyclopedia, Wikiversity - the free online university and many other projects that use MediaWiki technology, a way to build websites that anyone can edit. Kentucky.wikia.com (this site) also runs from MediaWiki. Anyone can start or edit pages here.

Paducah, Kentucky has its own encyclopedia article at Wikipedia and this project is represented as a lab at Wikiversity in its own workspace, v:Paducah2020. Anyone can help Paducah2020 developers (like me) to build this online network of free educational resources for Paducah and the Purchase area. Learn how! 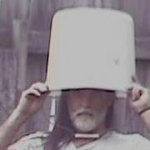